This is the second part of my adventures in Scotland - see part 1 here peeps.
Our mate James picked us up at midnight from Edinburgh airport as we were staying with him in Perth - about 45 mins drive from Edinburgh. 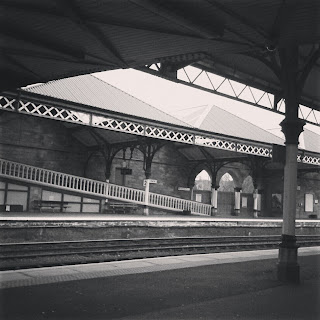 Perth Train Station - As Ange (siss) was working Friday I took myself to Glasgow for the day - only a one hour train ride from Perth and the scenery was breath taking from the train window. 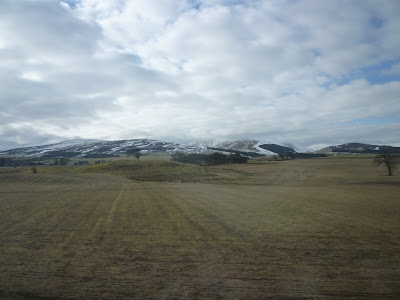 See - breathtaking.  This was May and there's still snow around.
The British always whine about the weather, but the whole time we were in Scotland it was BEAUTIFUL - sunny and warm. Oh, on our last day it started to drizzle ;-) 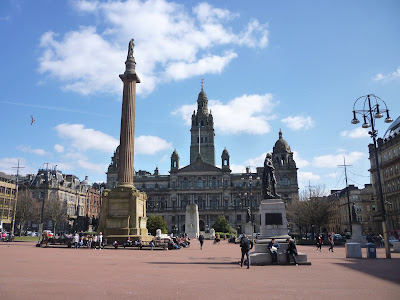 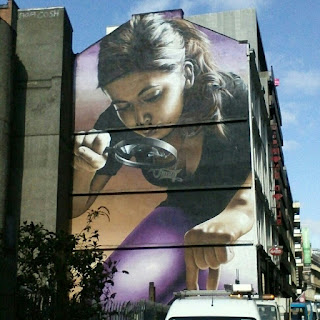 Glasgow - Some insanely awesome street art on the side of a 4 story building . 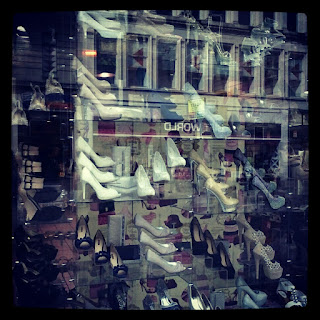 Shoe store window - because why not? 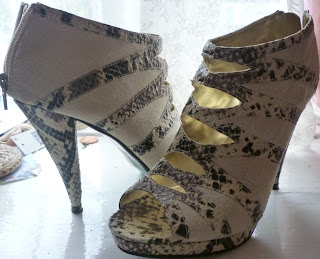 I bought these from the above store - can't remember the name! #shoecoma 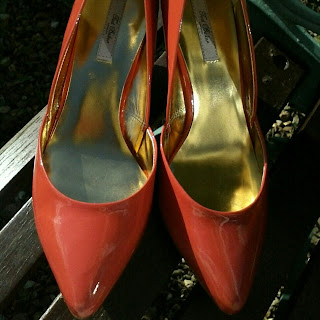 And from TK. Maxx - these divine Ted Baker Coral pumps ** 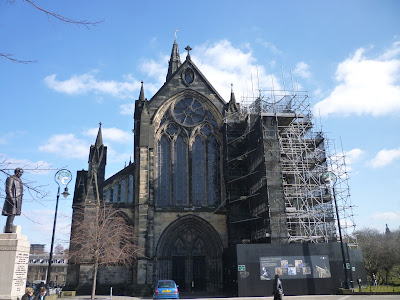 Glasgow Cathedral was under renovation so I didn't bother them ;-) 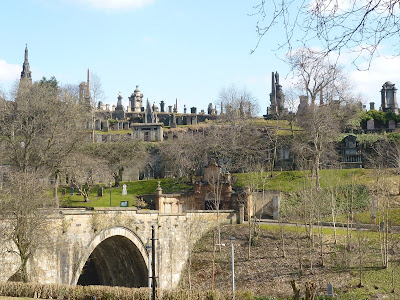 The Necropolis - 50,000 people are buried up here. It's like a public park you can walk around.
I didn't have to time but I would LOVE to go back one day and walk around this eerie place. 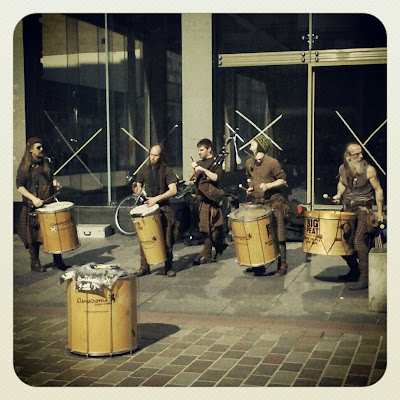 Traditional-ish Scottish Street performers. They were so awesome I gave them 2squid ;-)
Was GUTTED to leave Glasgow but I had to train back to Perth and my ticket was only valid in off peak times so... had to miss the commuters! 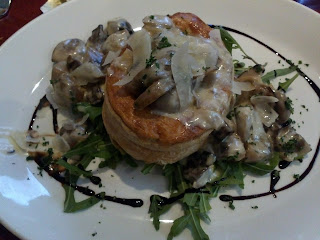 Back in Perth we went out to a nice French Bistro. Had the Mushroom Vol-au-vent starter #foodgasm, and the slow cooked beef cheek for my main which came in a small single serve caserole dish - too cute. Also too FULL!
Then it was off for BEERS.
Perth's only Student bar - "That Bar", caught this grungy band - Izak. They were very "Kyuss" I thought they were pretty awesome. I tried to find them on the WWW but apparently there are 5 million Izaks...  After a long night on the tiles we woke up early (9am) to head off to...

St. Andrews - The Home of Golf 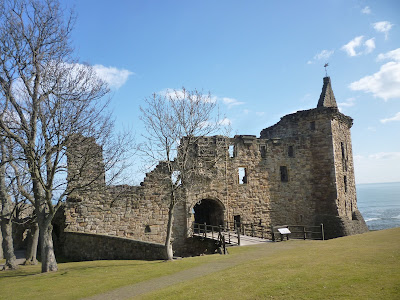 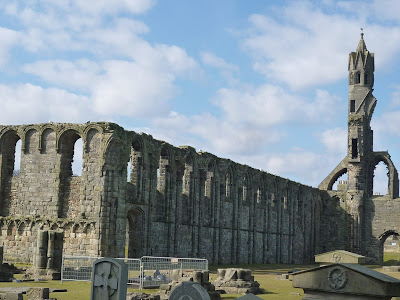 Cathedral - ol' Henry VIII dismantled a lot of the monasteries so cathedral got no roof!
It's a really nice town, especially if you like golf - and there was good bakery window photo ops.
Fisher & Donaldson = Best Bakery Everrrrrr! 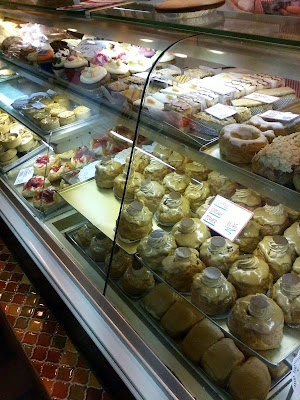 Angela and I both went with a coffee puff - choux pastry with coffee cream and coffee icing.
Was. Amazing. See my Scottish food post here
Cake shop window - had to capture the cuteness for posterity. 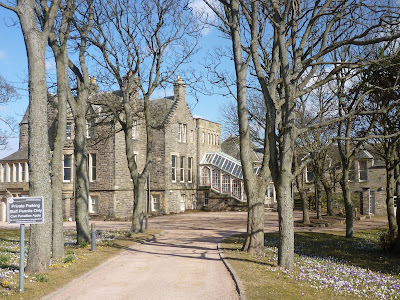 Closing shot of a picturesque stone building with wild flowers growing in the foreground.

I LOVED SCOTLAND. Seriously wanna go back and soak up the awesome.
This ends the Scotland Adventures - next week, Birmingham.
** P.S. buying shoes in Scotland was a dicey affair as I only had the carry on to take back
If it didn't all fit in there I'd have to leave it behind! 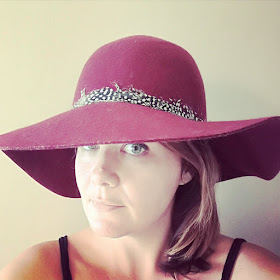 Sunday Baking - Macarons, those delicious little enigmas. I've got some tips here to demystify their process 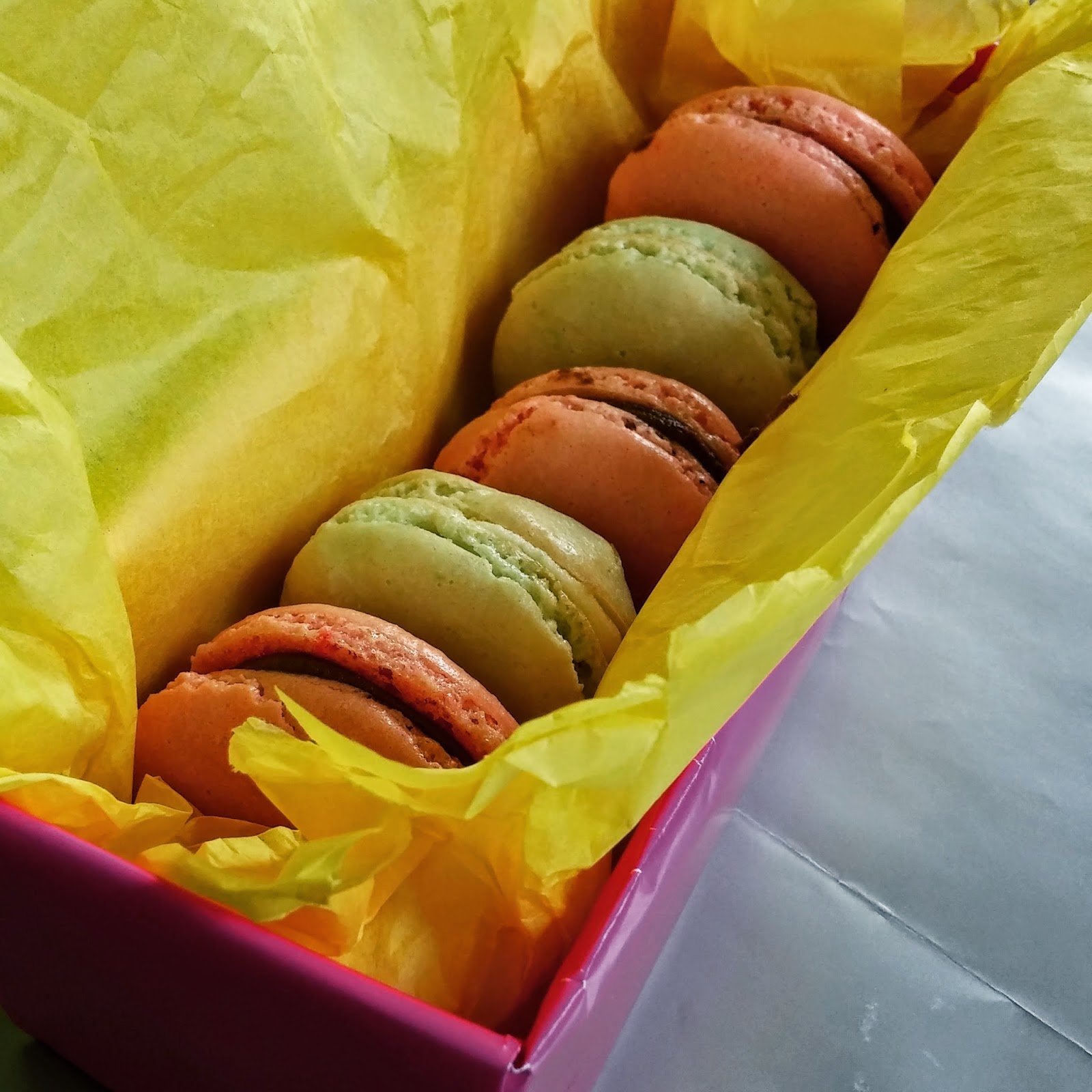 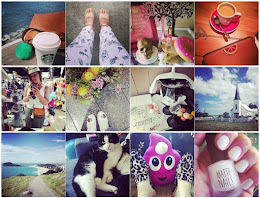 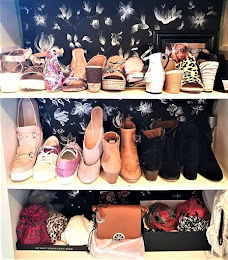 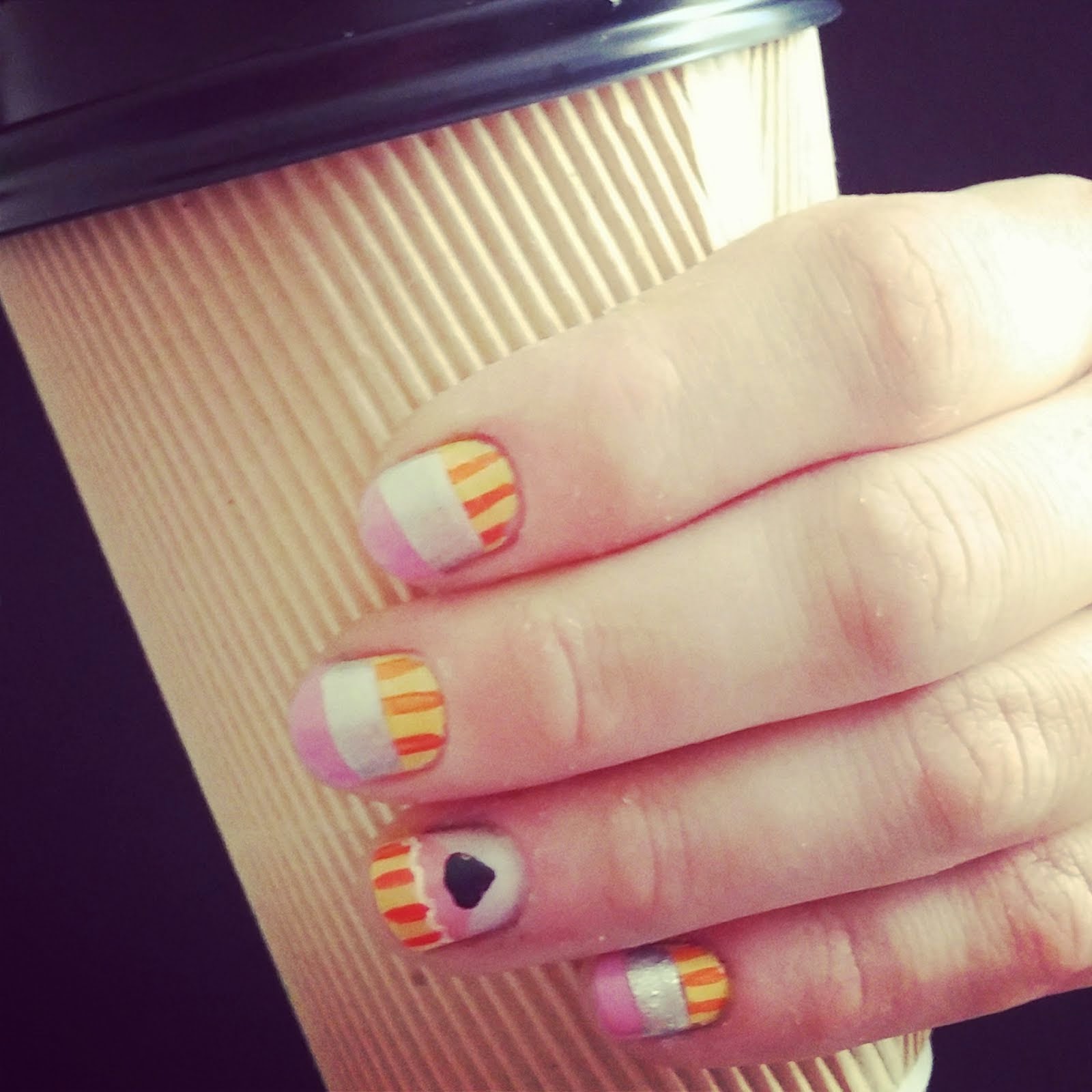 And she Paints too 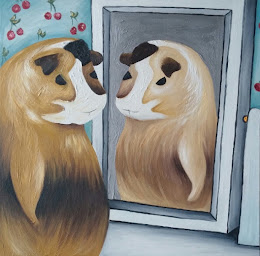 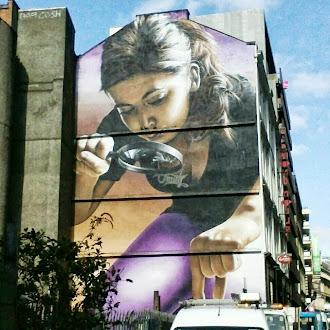 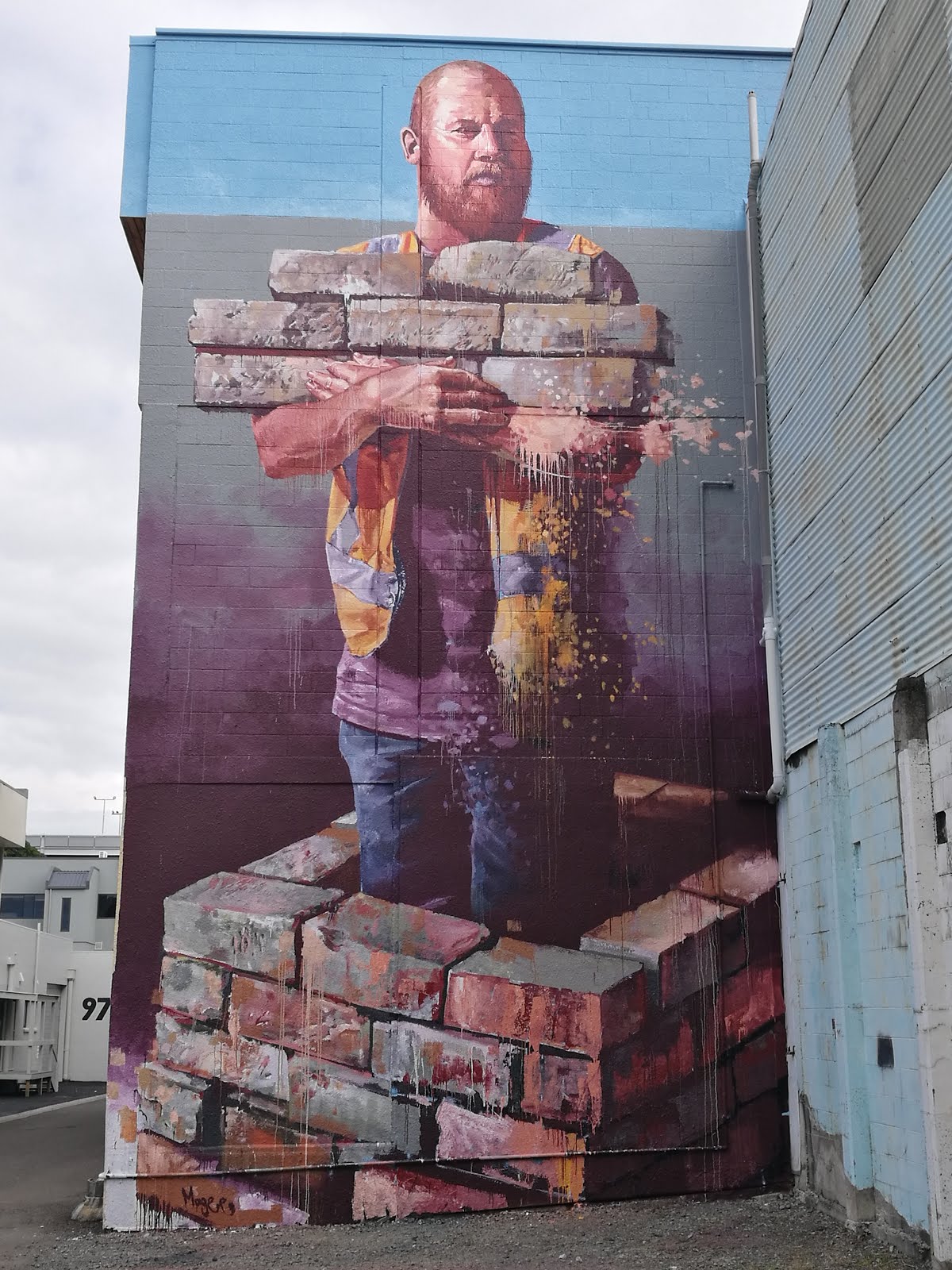